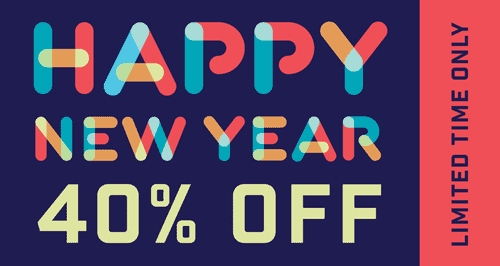 This item has been sold

This item has been sold

Login or Create a free account to save this item to your Wishlist!

Captured enemy letters are very rare. They form the centerpiece of any personal effects display.

Families in the North could write to a loved one who had gone to the Front. This mail would take months to reach a soldier in the South. Regardless like anyone who has ever served, it was a welcomed and cherished item to receive.

For security reasons, the family would write to a Ham Thu or HT which is the abbreviation for Letter Box number. The LBN was an encrypted unit designation used in lieu of writing the actual designation of the Company, Battalion and Regiment on the envelope.

The soldier could write back but mail going North was not as reliable. North bound mail was carried back by returning couriers. This mail was often censored by unit Political Officers before it could be sent. In keeping with communist party theory, every Company or larger unit had a Political Officer who was actually superior to the Commanding Officer. Soldiers were encouraged to report on glowing victories, the reunification of the country and other themes dictated by the Political Officer. Soldiers' letters might even be read allowed to the unit to show that soldier's revolutionary spirit and support for the war.

North Vietnamese Army envelopes were either purchased or hand made. The hand made envelopes were from pieces of scrap paper cut and glued together by hand. Purchased  envelopes often have some kind of bird, political or military motif on the left lower front.

North Vietnamese stamps, which always had a military or political nature, were sometimes attached when sending from the North to the South but were not necessary for mail going from he Front back to the North.  Sometimes you can read the postman's cancellation mark and the date it was sent.

Soldiers could also write to other NVA soldiers in which case both used the letter box number but no stamp was necessary.

Finding letters, envelopes and diaries is very rare as, like all things of potential intelligence value, they had to be turned in to S-2 for exploitation. Purportedly, after exploration, the could be retained as souvenirs.

This material is highly interesting and makes for a great personal effects display, so pick out a few pieces while it is still available.

Enemy Militaria has employed the services of a native Vietnamese and English speaker to translate some of the more important Vietnamese language documents:

Here is a translation of this letter:

“Dear that I think about often,

After I returned to Hai Phong I sent a letter to you. Have you received the letter yet? If there's anything, let me know, ok?

Is the family still doing well? Has mom started to work yet? Since the day Tuan and Long (most likely related to Nga. Probably brothers who were conscripted) left home, have they returned to visit? Are you still doing well? The weather now is less cold, so it should make work for you a little easier. Is it still raining a lot in Ha Noi dear? If it keeps raining, it'll make work harder for you. You should try to eat more and take a day off to rest properly. Last time I came there, you probably lost time and felt tired right? To tell you the truth, the time that I was there, I wish that we were closer so that I could to talk to you more, but I was afraid that you were tired. I wanted to let you rest so you can conserve your energy for public works, so I had to limit how much I talked. Like I have told you many times before, I wanted to invite you over to my house to hang out. Over there, it'd be easier to talk. But since it's our first steps, I don't want to cause the family to misunderstand. They will form unfavorable opinions about you and I. At first, I thought you were very cautious, so I didn't want to act rashly and invite you over, but now I would like you to decide. Hopefully later, once we're closer, I think you will not refuse my invitation.

Dear, I don’t know what to write and what to say to you. You must understand, I don’t like to write my thoughts down on paper. Partly because it’s very hard to fully express my thoughts. Even more, sometimes the reader may misunderstand my intent

Dear! I feel that you are the first person that I’ve felt close to. Especially for me, the first time we met, I thought that I would express my attitude to you just like the other girls which I’ve desired. Although I say this, it doesn’t mean that before until now that I was engaged in any special relationships with other girls. My previous relationships weren’t special and were very limited. Now though, I want to have a close relationship so we can be happy in the future. After I came back from abroad I also had 1-2 relationships, but it was nothing special. It’s not very convenient for me to write. That’s why I promise the next time I return to Ha Noi I will talk to you personally and explain things in greater detail. If you want to know beforehand, you can ask My so you can know everything about me clearly. Everything there is to know about me, I have already told My and Sinh. My and Sinh are even involved in my personal affairs.

About this matter, please allow me to temporarily pause here. I promise when I see you, I will talk to you in greater detail

As of now, I’m still doing fine. When I came home, because of the cold, I got a sore throat, but I’m fine now. As of now, I’m currently staying in Tien Lang. Since I’ve came here, I haven’t done anything yet. We are still waiting for the assistant secretary to arrive. Then we’ll go to the Hai Phong Administrative Committee of Work.

On Sunday evening, I went and visited Thinh. In the evening, Thinh invited me to stay for dinner. I stayed there until 2:30, then I went to Duc’s place (he went to school with me in Poland) to sleep. That night, Thinh talked with me and also gave me a photo. Also in there, there was a photo of a girl; slightly tall, with a pretty face who’s working in Ha Noi. Can you guess who this girl is? If you want to know, then wait until I’m back home, then I will give you an answer, ok!

Alright, I will stop talking here ok? I’ll see you during the New Year. From now until the New Year I may return to Ha Noi, but for now I’m not sure

Let’s end it here! Until then dear! I wish you health and happiness.

We believe this first time love letter was carried to the Front, possibly Cambodia, by the woman it was written to as a keepsake of a relationship that may or may not have happened. Perhaps she was conscripted or volunteered but we can say that tens of thousands of women fought alongside men in the war.

The man who wrote it was obviously a high official where he discusses his education in Poland and his waiting for the Assistant Secretary of the Communist Party to arrive.

Have a question about this item? Ask us anything

Why buy from Enemy Militaria?

We pride ourselves on the authenticity and quality of our items. We offer a 30-day money-back guarantee on all items — period.